The COVID-19 pandemic altered the experiences of workers around the world. While many were deemed ‘essential’ and had to continue working in person, many other workers were allowed to shift to working online at home, stretching the domain of work into the home, and with it, workers’ compensation.

In December of last year, a Quebec labour judge ruled that an Air Canada employee working from home was eligible to receive workers’ compensation for an injury she received from falling down the stairs. Air Canada claimed since she was outside of her home office (and therefore the scope of the workplace), her injury was unrelated to work. But the judge was not convinced, concluding that many covered work accidents in Quebec occurred in places that employers had no control, such as hotel rooms or parking lots that are owned by third parties.

Although workers’ compensation laws vary from province to province, one area that all provincial regulations have excluded from workers’ compensation coverage is commuting (except in industries where commuting is deemed to be a part of work). Indeed, the time, effort, and money workers spend travelling has not yet been considered a part of ‘work’ as the home has become for remote workers. Why is this the case? And more importantly, given the pandemic-related extension of what is seen as a part of work, should it continue?

The decision to exclude commuting from the scope of work is an ideological one and one that undermines the ability of workers’ compensation programs to protect workers and ensure safe working conditions. Our notion of what constitutes work is socially constructed and (as the Air Canada case demonstrated) constantly shifting. Workers’ compensation board’s decision to exclude commuting from their scope of coverage makes little sense given that people are making those trips only as a result of work—the trips and any injuries, diseases, or disabilities that may occur would not have occurred without employment. In many instances (especially in Canada) workers may be expected to commute through dangerous weather conditions to attend work, without any ability to refuse an unsafe commute or be compensated if injured. Therefore, the provincial governments decision to excluded commuting from workers’ compensation is motivated by a desire to protect employer’s profits rather than due to an ‘objective’ definition of work.

Commuting is resulting in a massive amount of occupationally-related deaths that go unreported as a result of workers’ compensation board’s exclusion of commuting from coverage. However, Bittle, Chen, and Herbet use the data we have about automobile deaths during prime commuting hours to estimate that from 2010 to 2014 at least 466 deaths had the potential to occur as a result of commuting. Their exclusion from workers’ compensation coverage means that hundreds of families every year are left with few options for financial support while losing a loved one from a work-related activity.

Since the 1980’s the government has retreated from its role in providing for citizens, meaning more and more workers relying on the market for subsistence, and with it must accept travel as a part of their working lives. As a result, in countries across the world average commuting times have increased. Internationally, commuting averages now range between 40 and 80 minutes. Canada has been effected immensely, one poll found that Torontonians commute for an average of 84 minutes per day, while the 2016 Canadian census data estimates that approximately 9 percent of Canadians commute more than one hour each way.

This commuting burden has not been shared equally. Who commutes is also socially produced and is shaped by existing racial and gender inequalities in the labour market. Workers who are precariously employed are burdened with long and complex commutes, and at the same time, precarious workers are also more likely to be women, racialized minorities and new immigrants. A study of precarious workers in Toronto found the participants commuted between 3 to 6 hours per day. These workers had to travel to different workplaces on a daily or weekly basis as a result of their employment with a temporary work agency. The cost and time spent commuting reinforced these workers’ precarity, becoming a prohibitive factor in saving money or having time to look for other employment.

As the number of people commuting and their time spent doing so has increased, the health risks of commuting have become more apparent. A part of this results from other health and safety issues at the workplace, such as fatigue and chronic stress–which have implications on worker safety while commuting. For example, there is evidence to suggest that job strain and work-related stress hinder driving safety behaviours generally and specifically increase road rage. Relatedly, there is evidence demonstrating that work-related fatigue increases the likelihood of car accidents while commuting. There is also evidence that the inverse is true, commuting has been found to increase burnout, stress, and employee turnover.

If commuting became considered a part of work, employers would be incentivized to improve health and safety in the workplace to reduce potential increases to insurance premiums they pay in workers’ compensation programs. For example, employers would need to ensure workers are not working excessively long shifts, educate their managers and supervisors about what fatigue looks like, and assist workers in their commute home who are excessively fatigued. Employers may also be obligated to ensure the workplace is not a stressful environment, and that there is sufficient time for rest during the workday and between shifts. For precarious workers, temporary work agencies would have to take into consideration where a worker lives to ensure their commutes are not excessively burdensome.

Including commuting as a part of work would result in safer workplaces while also ensuring injured commuters are supported through workers’ compensation. Given the pandemic-related expansion of what spaces constitute ‘work’, Canada needs to join other countries–such as France, Germany and most of Europe—in compensating workers whose injuries occur while travelling to and from work. 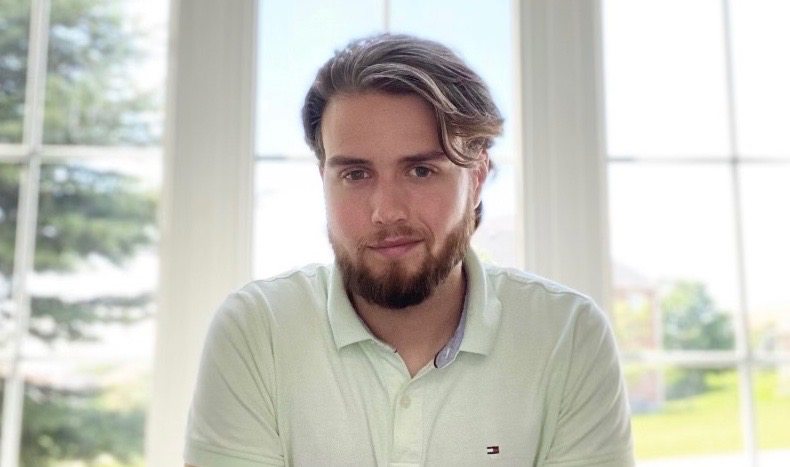 Will Foley is a M.A. candidate at the School of Labour Studies McMaster University and holds a B.A. in History & Labour studies from McMaster University. Will’s research interests include alternative labour organizing strategies, neoliberalism, and globalization. Currently, Will is involved in a research project looking at the governance of forced labour in global supply chains.